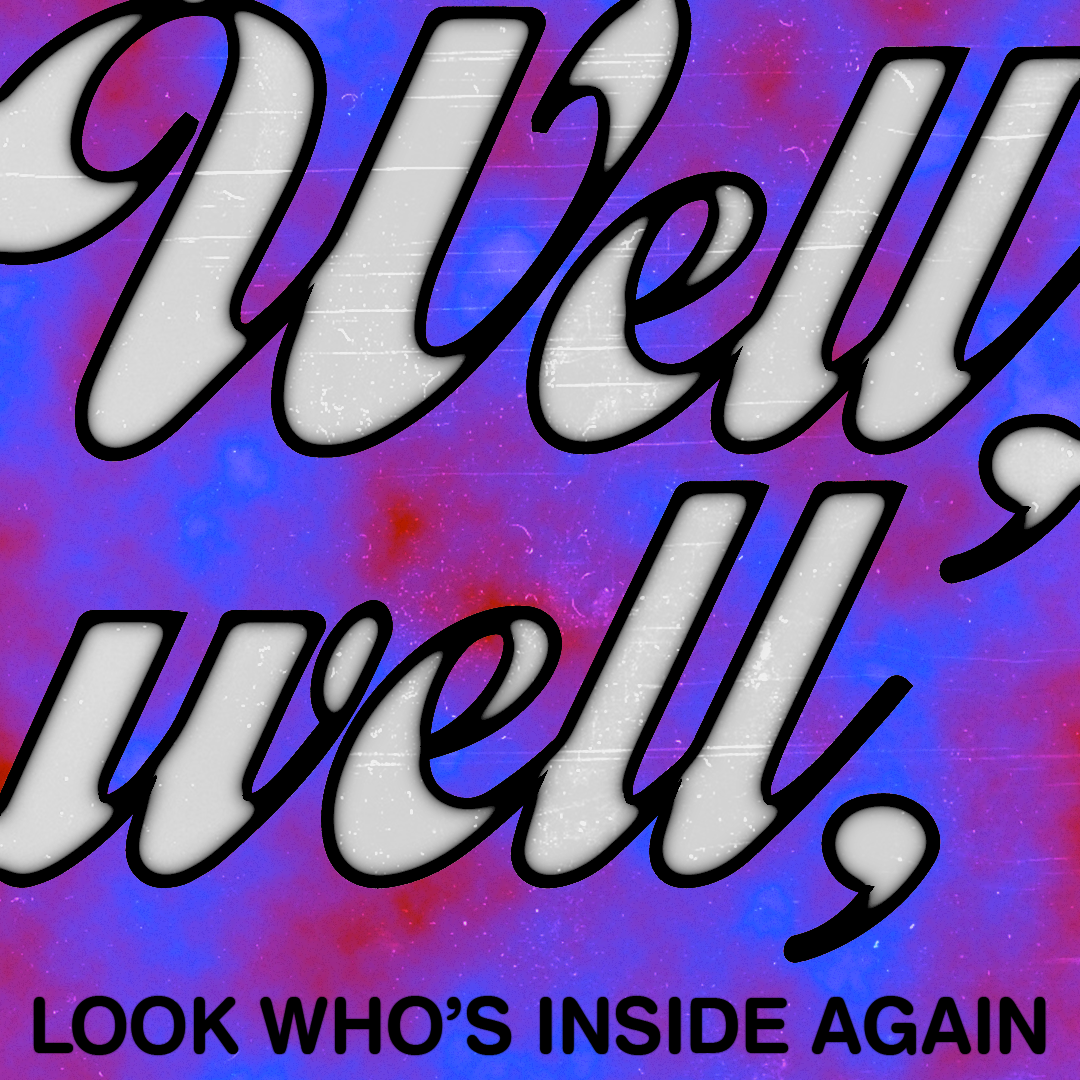 It was 1985 and Tina Turner sang with irreverent frustration about the heroes who stood as saviors responsible for showing the right way. She screamed loudly that those who should have done something had instead just left the fear and the responsibility of changing things  to the last generation. So, now hold this thought for a little.

Let’s jump to 2021 and talk about Bo Burnham. The phenomenon that we can’t stop talking about: newspapers all over the world couldn’t pretend not to see the comedian – if we can call him that – who blurted out to half the world the discomfort of his last year locked up in quarantine.

Maybe it’s because we all know how it feels, maybe because if things are told to us by others they seem more true and we tend to believe in them fiercely, but Bo Burnham has caused a stir by not saying anything new, using catchy melodies and special effects, and making us feel even more lonely and absurd.

Simply put: we didn’t get it.

The point is, we didn’t need Bo Burnham. We didn’t need his show to know that it’s all going to hell, and we didn’t even need a new album on Spotify – there you can find all the songs he sang in the Netflix special –  with all these truths sweetened up in a 70s funk style to tell us that what we’ve been worrying about is lately at exponential levels of uselessness, stupidity and narcissism.

Step back, who is Bo Burnham?

An American comedian, to begin with, part singer-songwriter, part actor, now also director and screenwriter, discovered in 2006 thanks to YouTube and who returned to the crest of the wave when he released his latest special Inside on May 30, 2021, in collaboration with Netflix.

Inside is a One-Man Show in every detail: conceived, shot and edited by Burnham in the solitude of his guest house during one of those periods that will be written about in the history books.

If you haven’t seen it, do it, and if you have and you still think this special is only about the Coronavirus, quarantine and loneliness, watch it again, because – forgive my French – you haven’t understood a damn thing.

Bo Burnham talks about literally everything in an hour and 27 minutes, 21 songs and a few skits that are sometimes even embarrassing to watch. He can be found lying with his head on a pillow thinking about how the world is going, having a conversation with a sock about capitalism, writing love ballads (so to speak) for the Amazon mogul, asking existential questions about why people don’t just shut up, and some shower thoughts like “why aren’t pirate treasure maps ever laminated, since they’re pretty much only used at sea?”

And then there’s that whole list of moments that make you sigh noisily through your nose because you know they’re true and you know he’s somehow talking about you and your surroundings, but maybe even a little out of personal preservation you can’t help but smile, because if you got into thinking about the meaning behind those catchy lines it would open up worlds of paranoia too big to deal with in front of a Netflix special.

But if you think he’s a genius because he’s opened your eyes to truths that never jumped out at you, then I have to borrow his words and ask: What the fuck is going on?

I loved this special, I’ve seen it and rewatched it about 6 times, I’ve recommended it to friends and family and I’ve asked for opinions and thoughts. If some were dazzled by this eclectic and inventive performer, others were too stunned and would have preferred not to see it, others simply commented with a like to the whole thing, and again others had nothing but a disappointed expression about the content, because everyone already knows that the world is like this and there is nothing new. And it is true: the world is like that and certainly we cannot “heal the world with comedy” (another quote from the song “Comedy” that is also a perfect and ironic explanation of why he is NOT the one who will save us). But what Bo Burnham does in Inside is to repeat, even to those who until now had not heard, that we are putting our lives in the hands of those who promised to put in our hands all the possibilities of the future.

Postman said it and McLuhan wrote about it, David Foster Wallace even committed suicide because he couldn’t bear the idea of the direction the world was taking and now Bo Burnham is making fun of that same system. The technology, the entertainment, the internet of Welcome to the Internet or the desperate race to homologation of the white women recounted in White Woman’s Instagram or the spasmodic quest to create new Content is distancing us from the real dimension of our own lives and perhaps Burnham has found a nice and melodic way to remind us of this, but no, he doesn’t say anything new and the fact that these reflections are causing a stir in 2021 because a comedian talks about them on Netflix makes all those scholars, sociologists and writers – who have been talking about them for decades using those much less trendy platforms that are books – shudder and perhaps turn in their graves.

Ferrarotti calls us “La società irretita”, wonderful terms of the Italian language that literally means “the society caught in the net” like tuna after a fishing trip, so fascinated and hypnotized by what can be done through a computer or a phone that we prefer Sexting to sex in the flesh because “it isn’t sex, but it’s the next best thing” (again: What the fuck is going on?).

I’ve watched and rewatched this special and every time I get to the end credits my level of melancholy is beyond high. Bo Burnham doesn’t make us laugh, he makes us snort with hilarity at best, and that’s good, because if what he said made us laugh, there would be a whole different problem.

We take life lessons from a guy who, according to him, is skinny and weird and who had to withdraw from the scenes for years because he had panic attacks at the mere thought of having to deal with the public; from a guy who, by his own admission, is obsessed with making those around him laugh, and we take life lessons from someone with whom we identify because we see seeping through (blatantly I might add) a discomfort with the way our society is going that we recognize all too easily.

To think that our existential crisis depends only on the fact that we had a pandemic that locked us indoors is hypocritical and ignorant, because the pandemic made the situation worse, but it was also the strawberry on a strawberry parfait already filled and garnished.

So much has been said about this special, and one thing I agree with: Inside is an inner journey (and an inner joke), a deep reflection that each of us should take the time to explore, but it is also a tale of as old as time. As usual, this only scares us when we are reaching the end of the line and we wake up only because the pepper on our asses tingles and we realize that we have thrown away a whole days hypnotized by TikTok with the same expression of those to whom the Dementors sucked the happy memories from.

Burnham has created a claustrophobic and disorienting show and he is a genius for all the right reasons, which have nothing to do with the content of his lyrics, perhaps more with his ability to make fun of the world and his great talent as a performer, director, screenwriter, editor and set designer.

But if really, the only thing that stands out in this special is the difficult situation that the pandemic has brought us, we are in trouble. There are a thousand reasons why it’s the right time to see this show and there are a thousand and one reasons not to see it, but the excuse of “we’re trying to put this period behind us and forget what we’ve been through” is the most ridiculous excuse since “not tonight, I have a headache.”

Irony becomes the cloak of discouragement and discomfort that is read between the lines, but comes through loud and clear; and maybe we didn’t need Bo Burnham, but we did need him at least to get out of our narcissistic victimhood for our own personal dimension of despair.

Bo Burnham is as irrelevant as comedy in the midst of the chaos of a global pandemic and as pointless as a joke about a guy walking into a bar while hospitals have no more available beds, but it is precisely the admission of his irrelevance that makes him an absolutely indispensable piece of the puzzle in realizing what we have been through and what awaits us from now on.

We, as Tina Turner used to say, don’t need another hero and Burnham knows it, he’s not a savior, but somehow he leaves us with an extra bit of awareness at the end of the 87th minute and maybe the only thing we should do is stop asking ourselves if “should we be joking at a time like this?” and just do it.