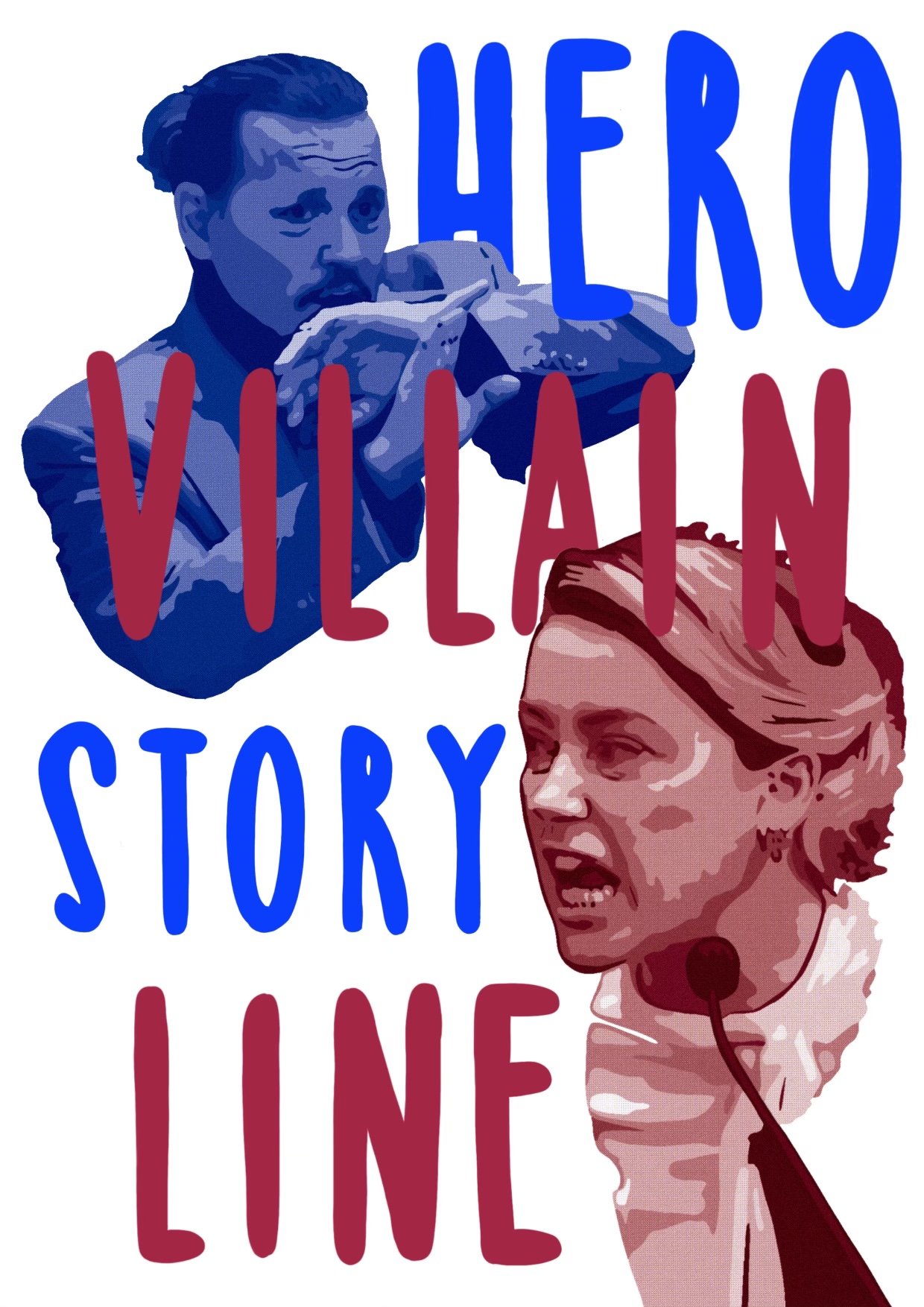 The trial verdict is officially known, and social media are drowning in everyone’s opinions like never before. This case has been a great distraction from recent worldwide events and has been a notorious center of attention in the Western media. It seems like everyone, whether they were supporting Heard, Depp, or were passive, had a need to add their extra bit of a comment to the discussion. And this, in fact, was what social media allowed us to do.

In the last six weeks, the internet was blowing up with memes, sound effects, or funny compilations made of clips cut from the broadcasted trial. It was all I saw all over my explore page. During my mindless scrolling through TikTok, Twitter, Instagram, or YouTube I noticed that once a formal defamation case between two actors has transformed into a preposterous, black-and-white media-fuelled show for the sake of people’s entertainment.

The broadcasting of trials is not a new thing. The first trial that was ever televised was Ted Bundy’s in 1979 and it instantly became a great success, being the most-watched trial to this day. Later some of the most memorable ones were OJ Simpson in 1995 (with around 100 million TV viewers) and Lindsay Lohan in 2010 (with 2.3 million viewers).

I heard multiple stories about how people used to gather in front of the TV, following the course of the trial and awaiting the verdict. To this day, echoes of those and multiple other lawsuits can be visible in modern media. However, Depp and Heard’s case has cast a different shadow on how we form our opinions and how we react to not only those celebrities on screen, but also their attorneys, the Judge, and other people engaged in this case. In the last few decades when the trials were played live on TV in people’s houses, bars, or at huge gatherings, people were able to share their opinions in the span of a second. Thus, it created an organic environment for people to exchange different views and eventually lead to face-to-face discussions regarding the matter.

I’ve been following this trial since day one and it must be said that it stands out from the previous trial that has been broadcasted. Why? Previously mentioned trials lacked something, and that was the development of social media and the algorithm. The algorithm in apps like TikTok or Instagram creates our feed with an aim to suit our political and general views. Those apps entertain us with content that aligns with our beliefs, in hopes of keeping us online for as long as possible. With this modus operandi, everyone keeps staying in their personalized bubbles of information, refusing to check different sources and acting with a conviction of being on the right side.

It is not a coincidence that Depp’s trial against his ex-wife Amber Heard was taking place in Virginia. In that state, taking cameras in the courtroom is allowed with the permission of the Judge. The chief judge of Fairfax County (Va.) gave consent to the Law&Order channel to live stream the trial, and since the first day, the number of views was going bigger and bigger, with the highest rate at around 3.5 million people watching the verdict on the 1st of June.

Despite the verdict, this trial is a perfect example of how easily people are being polarised by the content they consume. Throughout the whole lawsuit, from the beginning to the end, people were mostly divided into team Depp and team Heard. They were clashing with their own set of facts and refused to even consider listening to the other side of the story, assuming that everything the other party says is bland lies.

This, relating Depp vs Heard trial, has created a dangerous hero-villain storyline. Regardless of which side people were on, the majority of supporters of both sides saw the other party as the ultimate, insidious villain whose aim was to completely destroy their favorite. In the meantime, as the trial began to be in favor of Johnny Depp, tons of videos mocking and ridiculing Amber Heard were seen all over the internet. People began calling her “the most hated woman in Hollywood” or “the cause of death of the Me Too movement”. Depp was declared the representation of male victims of domestic abuse; he was put on the pedestal for coming forward and speaking up.

Compilations of funny moments, TikTok sounds, fancams, and memes made from the cut clips from the trial have formed some sort of bizarre fanbase in which I saw people even making merch out of this and tattooing themselves with the faces of people who were involved. The public began obsessing over not only Depp, but also his witnesses and lawyers. They were proclaimed to be “protected at all cost” whilst Heard and her team was dragged through the mud every time they were on a stand. Every person in the courtroom was turned into a character, a good guy or a bad guy on screen.

The question I was asking myself in the middle of this was whether it was indeed praise and recognition of the male victims of domestic violence or a getaway for the misogyny?

Yes, it is a well-known fact that abuse has no gender, and it is immensely important to accentuate that. Men are victims too yet when there were lots of men that came forward to tell their stories, it was not as highlighted in the media as the Depp-Heard case is now. I heard many comments on how “this trial is better than anything that Netflix ever produced” or “wanting the trial to last longer to entertain us”. With that mindset it allowed people to act maliciously, with anger largely directed toward Amber Heard. She gave the public a female villain persona, resulting in more TikTok edits of her with a “She knows” sound in the background than actual discussions regarding mental health and domestic violence. Here, even if the trial was not about domestic violence per se, it was crucial for both parties to expose their private lives in front of the whole world. What surprised me the most was how fast we were able to go to extremes by demonizing one party and sanctifying the other, whilst dehumanizing both of them at the same time, making them characters in a real-life TV show.

The trial has ended last week, but its shadow will be cast for many years to come. Of course, the decision of broadcasting this couldn’t predict the results we face today. Some people deliberate that it killed the Me Too movement, some say it finally gave a voice to male victims of domestic abuse and others are lingering for not having anything new to watch this week.

I think that, regardless of which side we were on, this case has shown us how the mechanism of the algorithm can easily blindfold us in our views, resulting in two sides constantly agreeing with each other in their inner circles with no possibility of hearing the other party. The development of social media not only allowed everyone to share their opinions, but also memes, edits, fancams, and funny moments compilations with WII music in the background, thus making the whole defamation case between two human beings turn into an episode of Law and Order.