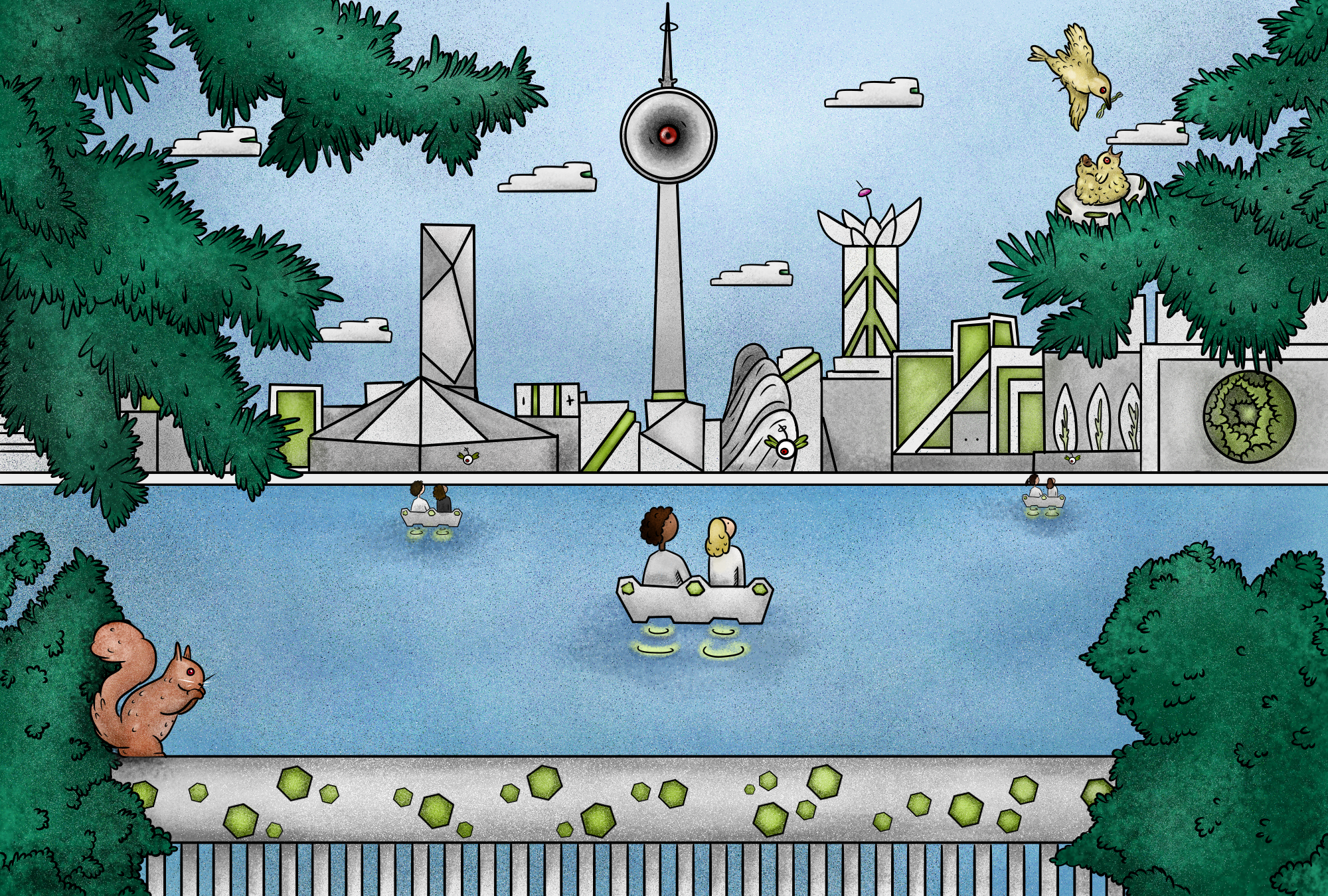 Smart Cities are a trend. But it is time to look past the packaging of sustainable promises. Sidewalk Toronto is the perfect example why you don’t want your city to be smart.

Smart City: Your city is company!

If you try to imagine the city of the future, you will probably first think of Elon Musks city on mars, the google campus or the Chinese concern ZTE which equips more and more Chinese cities with smart features. Smart cities are no fantasy anymore, but the questions of their organization are not answered yet. One sees “a desirable future with a high quality of life, while the others see a dystopia of other-directed surveillance and control” (Buried/Striver 2018: 12).
Sidewalk Toronto is a project of Sidewalk Lab, which belongs to the Google giant Alphabet. The plan was to construct a whole new neighborhood in Quayside, Toronto – which would be filled with technology and innovation: Underground tunnels for lorries, variable use of the outside space, apartments, which change sizes depending on the needs, driverless cars – everything under the slogan sustainable, efficient, technological. The utopian city, in which everything from trash cans to parking tickets are controlled by algorithms. The use of technology within a city is nothing new: traffic without traffic lights is unthinkable. In Quayside you would have no traffic lights but koala mounts: Lamps which are surveillance camera, google maps, traffic regulation and WIFI in one. What is the difference between a regular traffic light and the koala mounts? Which is key in trying to capture the dystopian side of Sidewalk Toronto.

Let’s take a look at the builder and patron of this project – Alphabet, a company. Well, it is no surprise that companies plan cities. But the difference is that for a normal city it is not depending on one single company and its daily life is not connected with economics action. It seems paradoxical on one hand that the focus of Sidewalk Toronto is not on the citizens but on the technology. With technology as the main criterion and goal of economization the concept of a smart city is more and more detaching from the origin thought of an ‘internet of things’ – the reciprocal interaction of human and electronic system. On the other hand, it seems impossible to build the ideal utopian city without technology.

A city only known by one

A neighborhood, which improves itself constantly by analyzing routes, dating internet usage, measuring the public health, is a biopolitical instrument with no control by the state. At no point in the plan of Sidewalk Toronto the commercial usage of the data of the koala mounts was excluded – anonymous data is not safe data: “the urban data generated by these services would catalyze third parties to create countless other applications to improve quality of life.” (Toronto Tomorrow: 386). From a pure economic viewpoint, the ultimate goal of a company is generating profit – not the public good. The urban data from quayside were supposed to generate this goal. The counteracts of Sidewalk Toronto call the project an epitome of ‘surveillance capitalism’: “Quayside becomes a microcosm of a state in itself, a libertarian citadel run by Sidewalk, who rent out an infrastructure for companies to use under the pretext of solving real-world problems.” (Stewart 2019).
In Marxist tradition the philosopher Zizek points out that the postmodern capitalism is economizing every aspect of life. Sidewalk Toronto shows that even cities can be a product which makes the citizens to consumers of their own living: “It is the need to design a system that puts all that technology truly at the service of the inhabitants — and not the other way around.” (Sassen 2012). In this subsumption all urban life will be rules by the aspect of utilization.

The crux of corporate Smart Cities is that they promise more freedom by more security and control – an equation which doesn’t even make sense on an ontological level. Where is the autonomy of the city if it is only a “sub corporate” in the services of Sidewalk Toronto? It is necessary to discuss these questions to determine the scope of work technology should have in urban life.
A smart city cannot become a utopia within this capitalistic framework, in which companies use data as a currency and push the citizen autonomy to the side, but it stays a dystopia. The innovation power of Sidewalk Toronto is not to be ignored. A sustainable city with room for community. But the real utopia would be a smart city which is not controlled by neoliberal companies but claims the well-being of the urban community to be top priority. That is why we should keep the idea of a smart city – but please without the neoliberalism.
Separate from the concept of the smart city I must mention that the Quayside neighborhood belongs to the indigenous Musquem-tribe which has not influenced on the design of the district. This is no utopia of an inclusive Toronto.

During the pandemic Alphabet resigned from the project Sidewalk Toronto, as it was “not profitable enough”. This alone should show us that companies should not direct the planning of whole cities – the rentability not the ideality is their goal. And with that the difference between a normal traffic light and a koala mount has never been so clear.