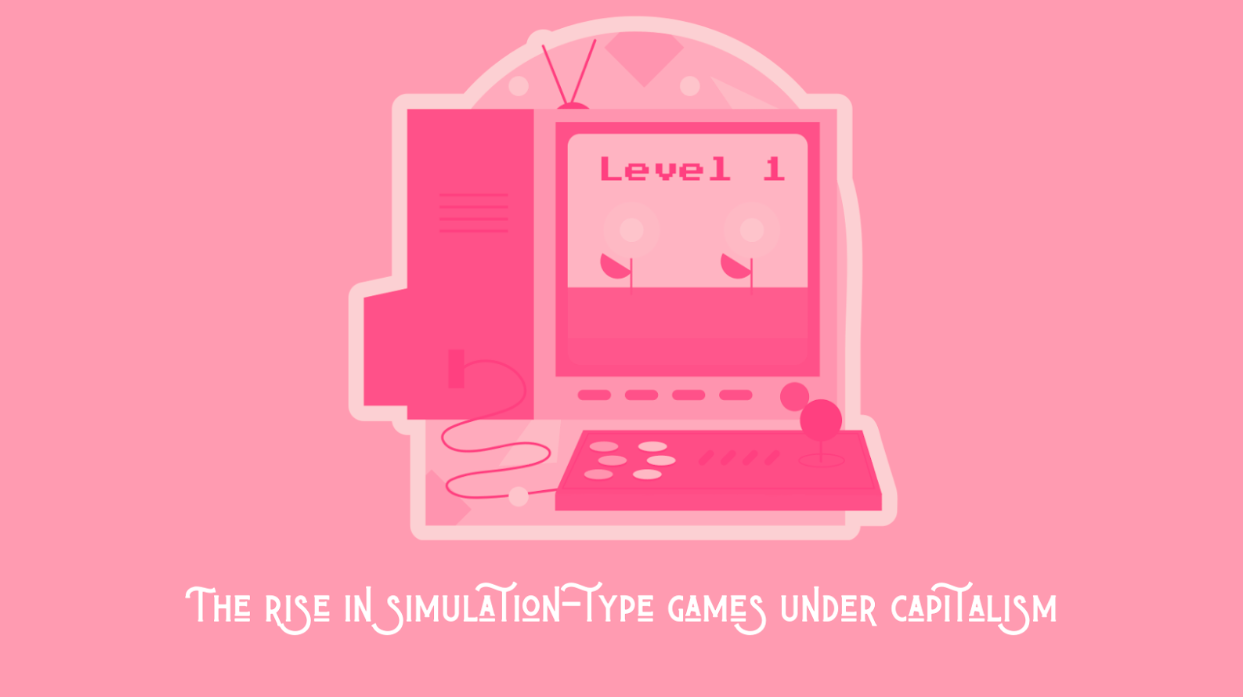 If there’s something that capitalism is good at, that is tricking us into adhering to the grindset mentality. From the “that girl” aesthetic, to books written by the rich and privileged, it’s very easy to fall into the trap of thinking that your happiness lies in status and consumerism.

While those are more obvious examples of how we are manipulated into working harder for the upper class, I was recently presented with an example that crossed my mind before.

In one of the classes that I’m currently taking, the professor pointed out the capitalist undertones of certain video games. You have to either “farm” for hours on end or spend real money on in-game money in order to succeed. To put it simply, you’re either investing time or money.

All of this started out as a capitalist strategy to make people more compliant with working harder. You go home after a difficult day and you think that you’re escaping your daily work by playing a game but you are, in fact, not.

So the question would be: is the rise of simulation-type games proof that capitalist propaganda succeeded? Or could it mean the opposite?

I honestly think the answer is a little bit of both. While propaganda is definitely flourishing in certain groups, most “cozy gamers” communities are actually vocal about their political beliefs – which are very much anti-capitalist.

However, while capitalist in nature, the mechanics of simulator-type games allow players to live an idealized version of the contemporary political and economical reality.

As an example, let’s take a look at a very popular simulator game, Stardew Valley. The story of the game is quite simple: you’re a clerk working a very boring office job on a computer in your cubicle. Life looks grim and, in the middle of an existential crisis, you quit your job and go live on the farm that your grandfather left you after he passed away.

Now, the message that the game offers is pretty clear, as you have to save the small town from being slowly engulfed by a corporation called Jojamart while you learn the pleasures of life far away from depressing corporate jobs. Seems as anti-capitalist as it gets.

But then you get to the actual playing mechanics and the scenery changes quite a bit. You have to plant crops, raise farm animals, fish and risk your life in the mines, all to save money for different upgrades. You need more inventory space? Gotta buy a backpack. Want a kitchen so you can stop eating homemade granola bars and raw parsnip? That won’t be cheap! The game will have your character working until 1 am and call it a relaxing countryside lifestyle.

While you are trying to restore the Community Center and grow your little farm enough to survive, you find out that you actually get carried away pretty easily. One moment you are cutting the whole forest of trees for some little, apple-shaped spirits, and the next you automate your farm in such a way that you don’t need to touch an egg ever again. The cute little game turns you into the one trying to get more and more money.

You won’t really get to see much change while you are growing your business, other than a few new prizes and some parts of the map unlocking. Since it’s a game, you won’t be faced with the effects that would happen in a real community if you started growing and automating your business at such a rate. The marketplace owned by Pierre, for example, would completely disappear, or at best turn into a seed market. So will the barn owned by Marnie, especially with her erratic in-game schedule. Who would go buy from them when you can produce everything faster and in bigger amounts?
And isn’t that exactly what the capitalist market is like? The bigger companies survive while smaller, local businesses struggle and, in the end, give up or get absorbed by corporations. And we see the same pattern repeating in a cute game about living on a farm because you’re tired of capitalism.

As a short writer’s note I will have to say that, while this article has been a critique of Stardew Valley, I do wholeheartedly love the game, as well as most simulator-type games. I will keep playing them regardless of such implications and I encourage you to do the same. A critique of something should not stop us from enjoying it, it should only widen our perspectives on the subject.